Sacré-Coeur Basilica of Paris is the second most visited site in Paris, with more than 11 million visitors a year. What makes it most famous is the exceptional view of Paris that it offers.

But Sacré-Cœur is not just a unique lookout. It offers visitors the opportunity to discover several curiosities that we will present.

Before and after the visit, you can quickly see the forecourt of the Basilica to enjoy the most beautiful natural panorama of the capital. At nightfall, in the summer, the weather is particularly pleasant and is not something to be missed. 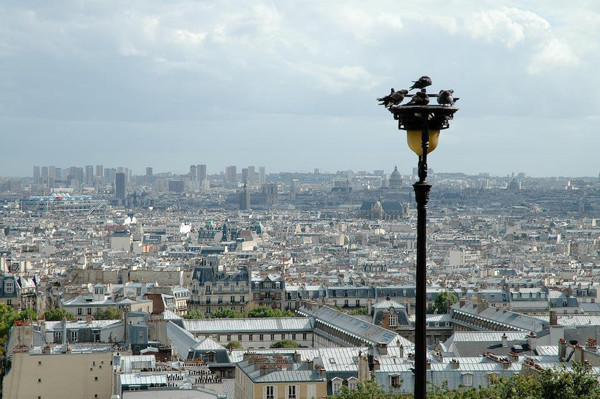 What will you see if you visit the basilica? 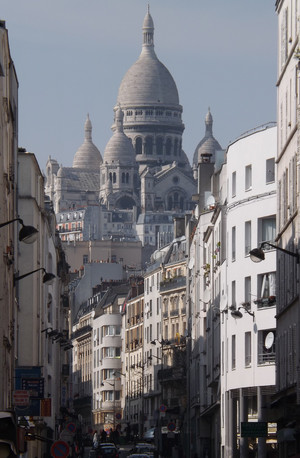 To get to Sacré-Coeur, get a metro ticket and,take the cable car to Montmartre from the Place Saint-Pierre. The ride is distinctive and picturesque.

Sacré-Coeur, also called "big meringue" by its detractors after its construction, owes its nickname to the whiteness of its stone (Chateau-Landon limestone) whose characteristic is to produce a white substance when in contact with the rain.

The basilica is open to visitors every day from 6 am to 10:30 pm and admission is free.

The features of the Sacré-Coeur: 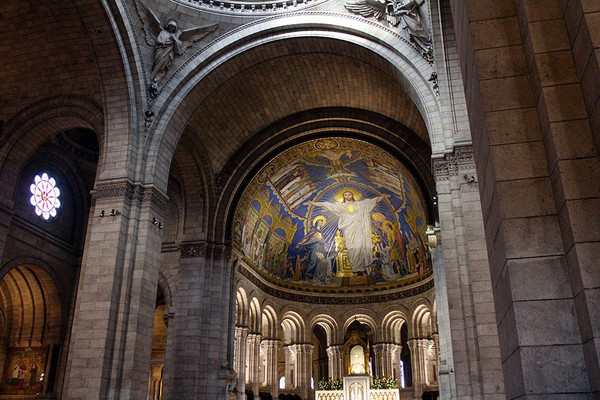 The basilica is equipped with one of the most powerful organs of Paris, built by the famous organ builder Cavaillé Coll in 1898. it is provided with 4 keyboards and 78 pipes. You can only hear it during service on Saturday at 10 pm and Sunday at 11 am, 4 pm, 6 pm, and 10 pm. 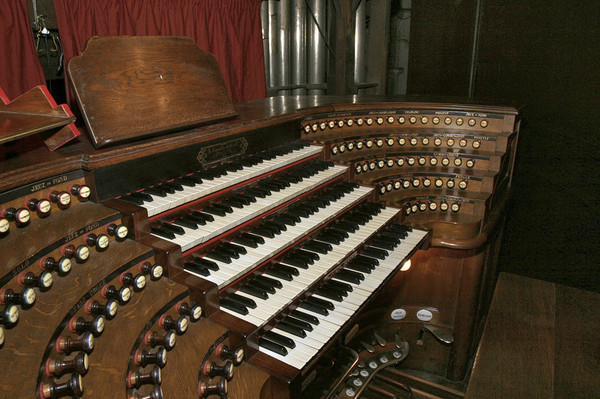 The bell tower of the basilica holds the biggest bell of France. Nicknamed la Savoyarde  because it was made in Savoie, the bell weighs 19 tons and measures 3 meters (9.8 feet) in diameter. This tenor bell rings in a bass C to announce the 11 am mass and the 4 pm Vespers each Sunday and on holidays.

Last but not least, the dome offers you one of the most beautiful views of Paris. Its access, as well as that of the crypt is on the outer side of the Basilica. After climbing 300 steps, you can enjoy a 360° view of Paris and see the bell tower and its bell.

There is no guided tour inside the Basilica. The nave of the basilica is a place of continuous prayer where men and women take turns day and night to continue the prayer since August 1, 1885. 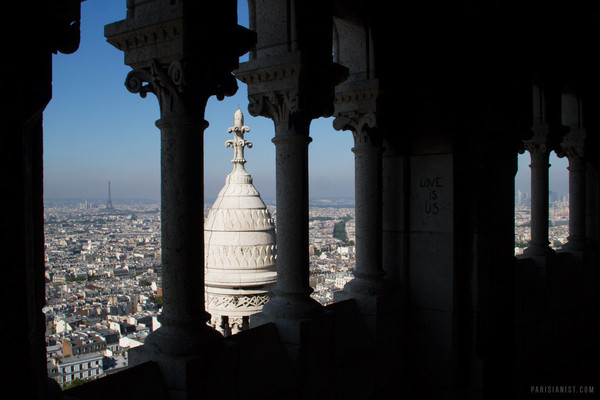 A few stories about the basilica 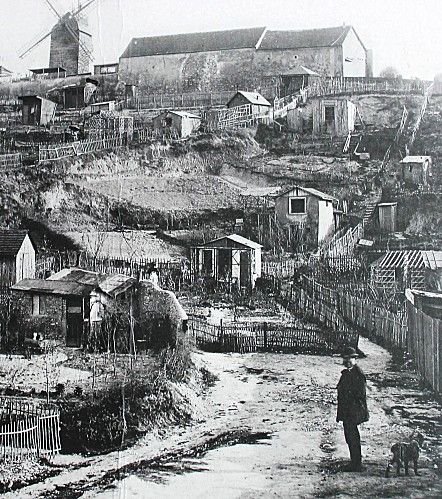 Before 1860, the upper part of the current site of Montmartre was called Maquis de Montmartre and was only a rural area composed of mills, vineyards, and wooden houses or even huts.

The construction and decoration of the basilica was carried out between 1877 and 1923, according to the plans of Paul Abadie, in a "Romano-Byzantine" style.

The basilica is financed by private donations. Nearly forty-six million francs were raised in 50 years thanks to the donations of nearly ten million followers.

The basilica is based on ancient gypsum quarries. 83 33 meter wells (108,2 feet) have been drilled and filled with cement, thus constituting the pillars of the foundation without which the building would be buried under its own weight. 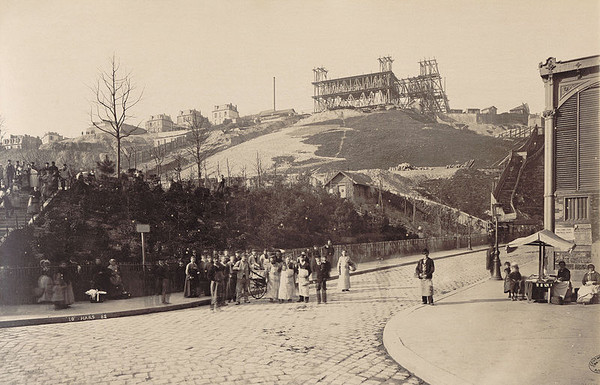 Construction of the Sacré-Coeur - 1882

Possibility to MODIFY the date of your stay.

Pre-payment of the amount of all the stay, no cancellable no refundable, we inform you that the older of the credit card used should present an ID upon arrival and the same valid credit card.
IT S POSSIBLE TO MODIFICATE THE DATE , we will apply the new  rate.
If you want to offer this trip we invite you to contact us after booking
Additional City Tax  will be collected by the hotel upon check out
In case of invalid credit card, the hotel may cancel the booking,

Book more than 2 days & get the most competitive rates.
Free cancellation 3 days before the arrival date, the first two nights will be charged as part of the cancellation.
Additional City Tax will be collected by the hotel upon check out
In case of invalid credit card, the hotel may cancel the booking,