La Maison Rose: a legendary place with a 150-year history in the Montmartre village

​Discover what links this place to Picasso, Utrillo, and other Montmartre figures
This small house, located at the corner of the rue des Saules and l’Abreuvoir, has been immortalized by many painters, including Maurice Utrillo and Bernard Buffet.
We don't know the exact year the house was built, but probably before 1850. Here are the first two available photos, dating back to 1870 and 1887 respectively. We don't know who owned this modest home at that time. 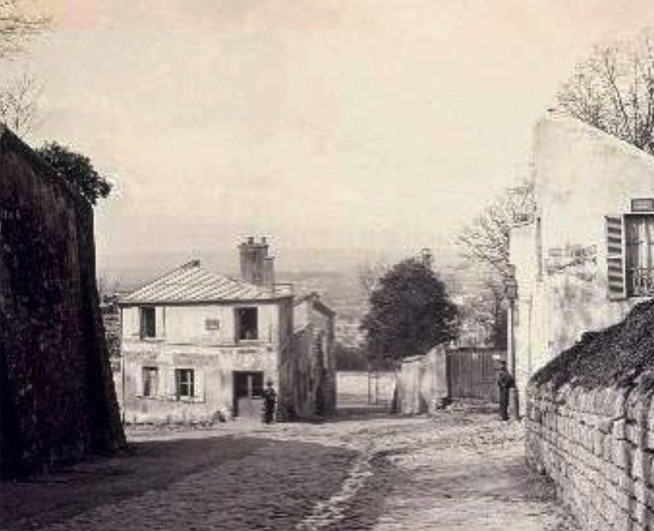 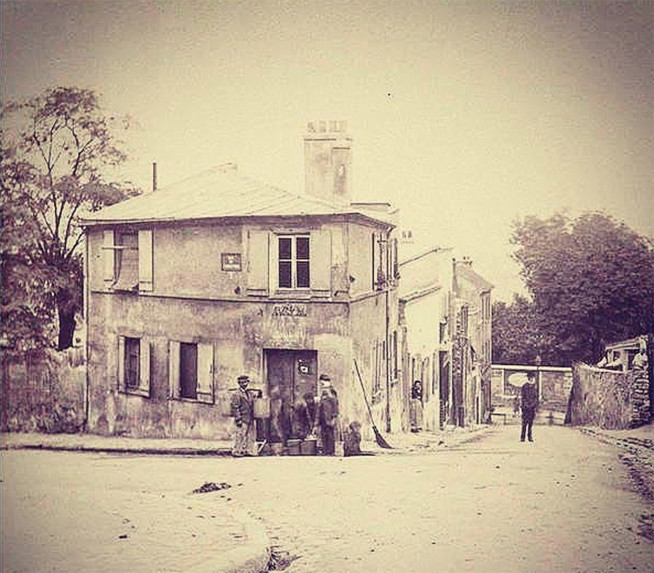 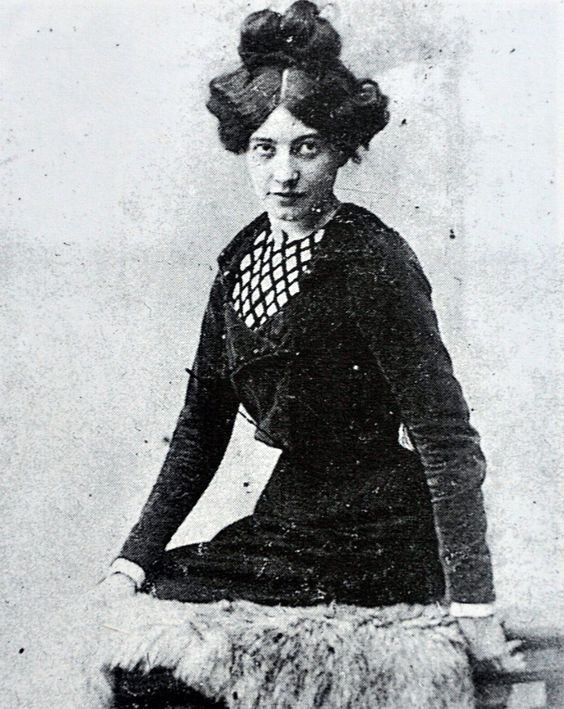 Pablo Picasso and Carlos Casagemas had met in Barcelona at the beginning of the 1900. More financially well-off than Picasso, it is Casagemas who proposes and finances their first trip to Paris. There, they meet Laure Germaine Gargalllo, who was a dancer at the Moulin Rouge. Casagemas falls in love with the dancer, who repeatedly pushes away his advances. The painter gradually sinks into depression and alcoholism. During an evening at the Café de l'Hippodrome, on Boulevard de Clichy, on February 17, 1901, he committed suicide with a bullet to the head after first pointing his gun at his lover.
Germaine was not greatly affected by the tragedy and married the painter Ramón Pichot Girones (1871-1925) only a year later.
Picasso was deeply shocked. He would later say it was this incident that initiated his blue period, in which one of the iconic illustrations is "La Vie" (1903), depicting Carlos Casagemas in the arms of his lover. Germaine appears in several of the Master's paintings, such as "Woman with a shawl" (1902) and "Au Lapin Agile" (1905). 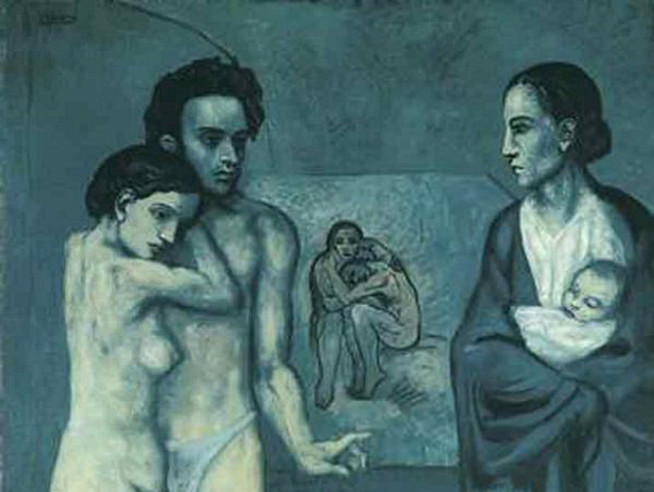 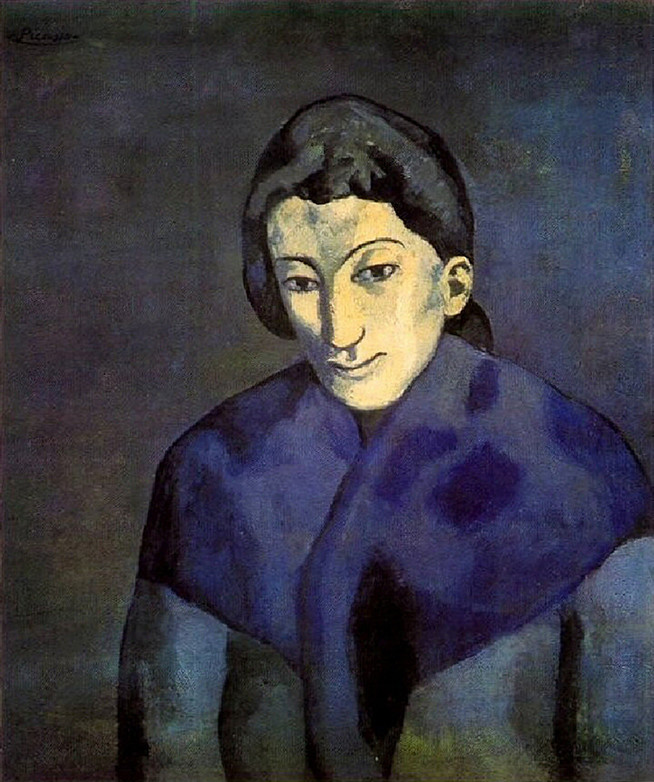 Woman in a shawl - Pablo Picasso, 1902
We can think that Laure Germaine created her business between 1920 and 1923: This postcard, with a "La Semeuse" (The Sower) 5-centimes stamp, can be estimated to be after 1908, and the photo of Eugène Atget dating from 1910, shows a facade without a sign.
The first existing pictures that show a facade with a sign date from 1920 and 1923. 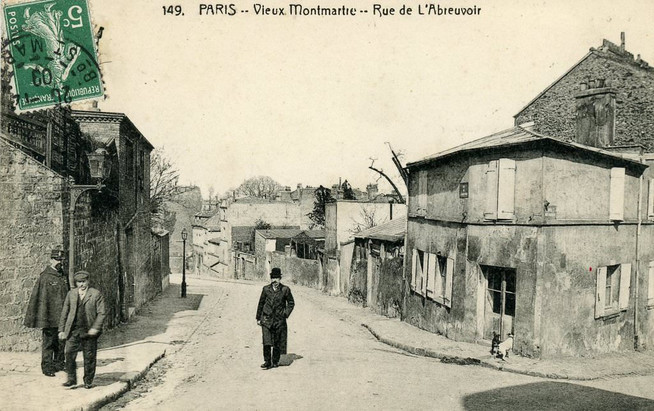 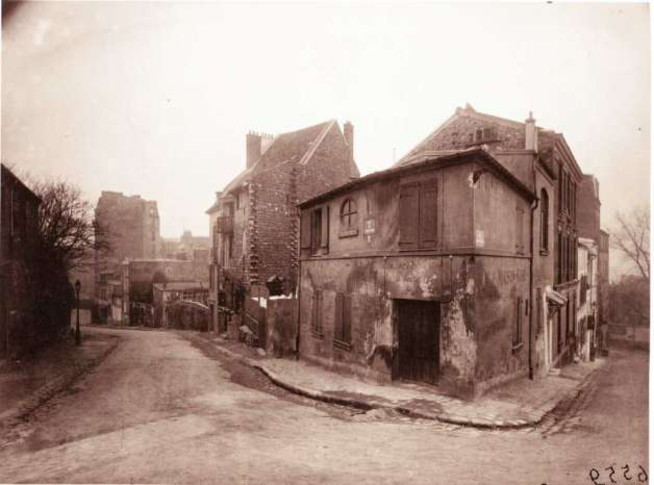 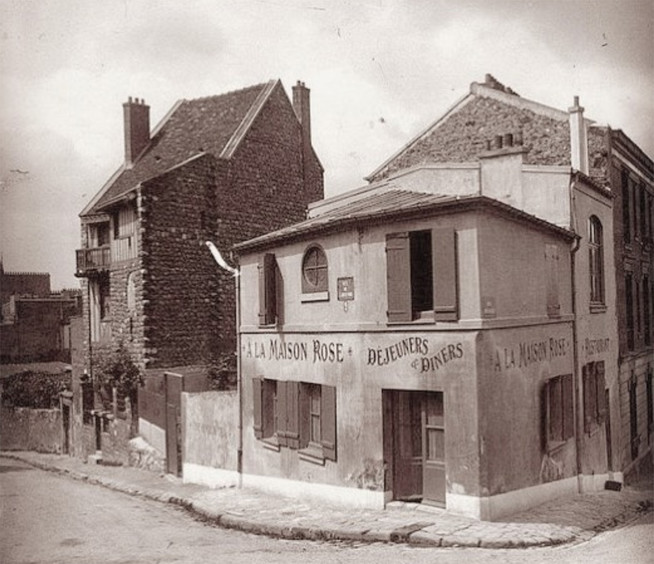 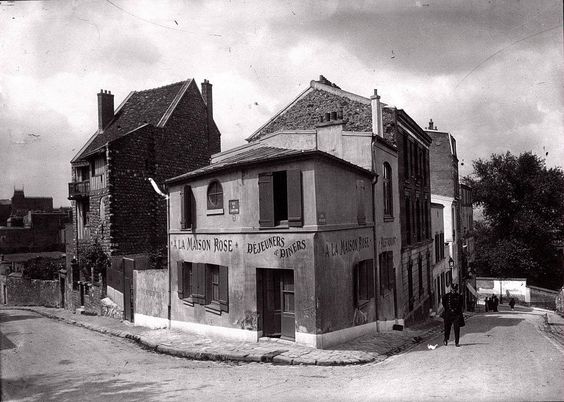 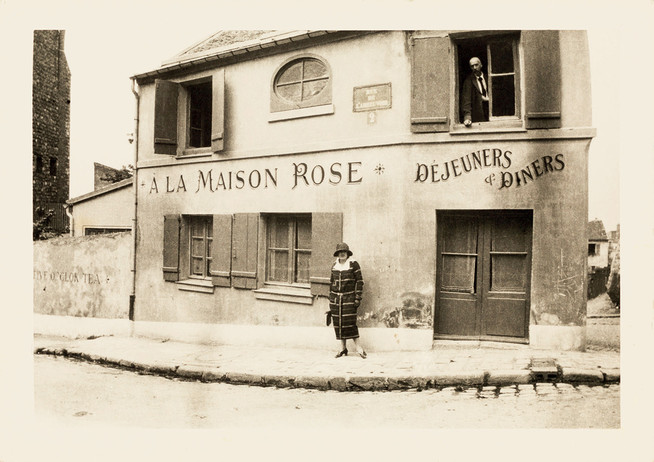 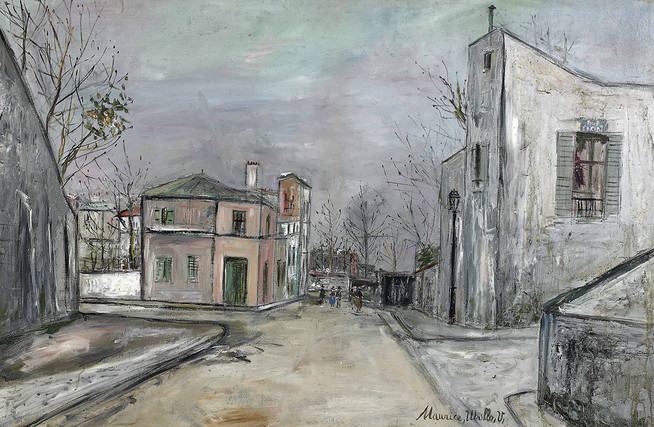 Carrefour de la rue des Saules et de la rue Cortot-Montmartre - Maurice Utrillo, 1938
Years go by. Ravaged by syphilis, Germaine Pichot died in December 1948. Picasso remained loyal, visiting her until the end. The house was purchased in the same month by Béatrice Miolano, who took over its management for a few years before entrusting management to a Montmartre figure called "Toutoune", and who held onto la Maison Rose for 25 years. 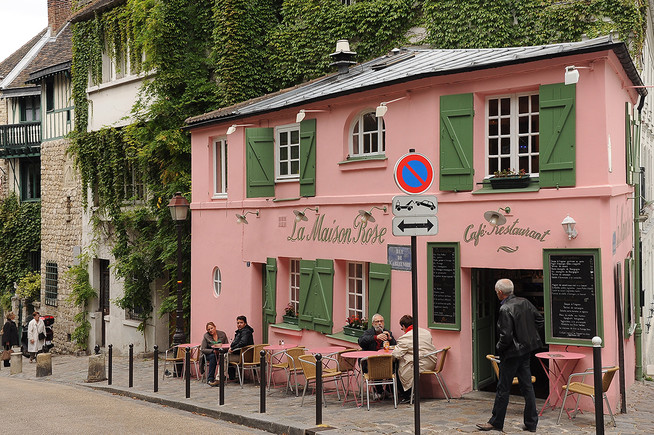