The Espace Dali in Montmartre

Flashback on the life and personality of the artist through 3 works of the museum.
The Dali space has just reopened after several months of work. The Museum's collection focuses particularly on sculpture, the less well-known side of Dali's work, and also includes engravings and lithographs. 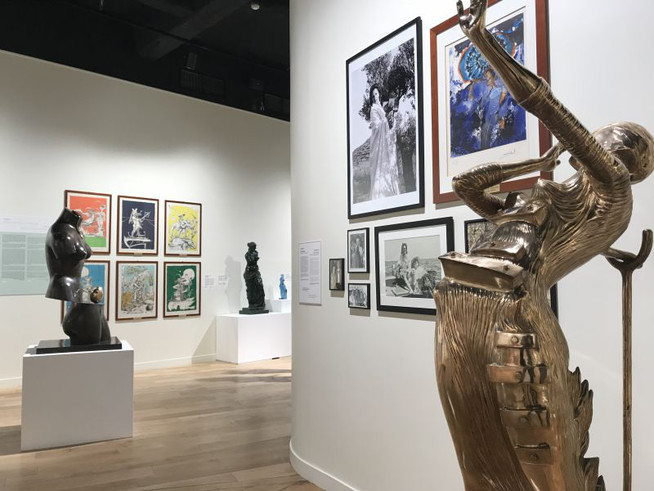 The collection of Beniamino Levi

The collection on display is that of the Italian gallery owner Beniamino Levi. Shortly after meeting Salvador Dali in 1975, he encouraged the artist to further develop sculpting:

Focus on some of the works on display 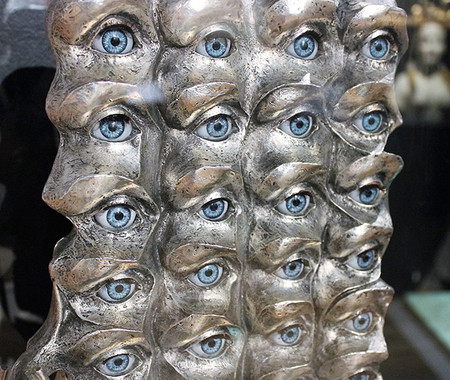 Les yeux surréalistes (Surrealist eyes) - Architectural project for a tower "La casa de los oyos".
Dali is outraged by the bars and towers which, according to him, destroy the landscape and urban life. His posture is in line with that of Gaudi and the opposite of that of Le Corbusier.

At left, The persistence of time (Espace Dali) - At right, The Persistence of Memory - 1831 (Museum of Art New York)

Entropy, degradation, death have obsessed Salvador Dali. The stopped watch, which extends over a body empty of life (branch, horse, inert material) and flows like cheese, opposes the material that persists (background), and is a representation of the mind that sends us back to God. 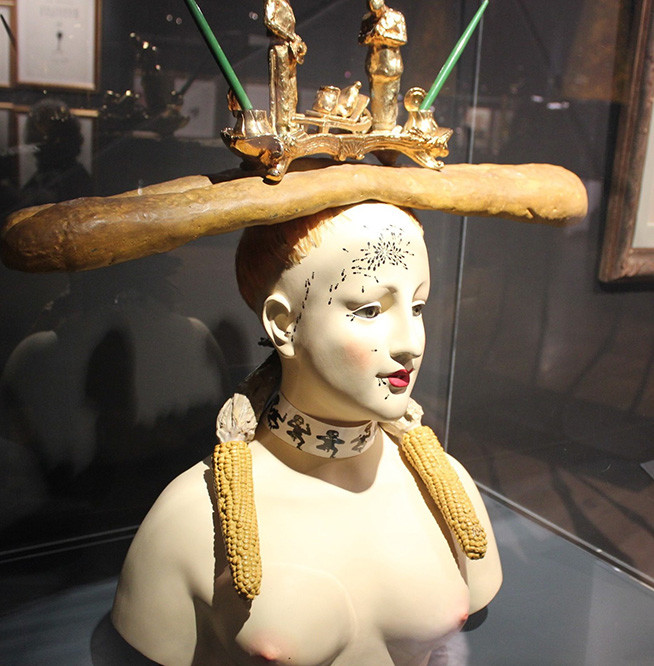 Retrospective Bust of a Woman 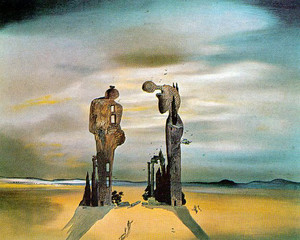 This work had found its place in the personal office of the artist, on his chimney. On a Baguette, whose cruston is one of the favorite talismans of the painter, Dali poses an inkwell representing the Angelus of Millet, canvas which obsesses him and of which he produced several versions. (Facing, archaeological reminiscence of the Millet Angelus - 1935). The ants we see on the face are an iconic vision also coming back insistently in the works of the Master. 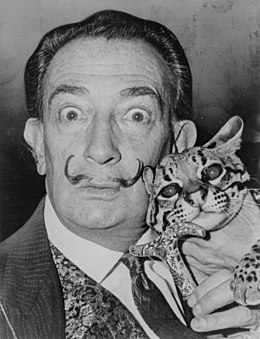 Salvador Dali was born on May 11, 1904 in Figueras. He was given the same first name as his brother who died a few months before his birth. His authoritarian father, barely tolerates that his son is fond of art. His parents took him to his brother's grave at the age of 5, telling him that he was the reincarnation of his brother. He lost his mother at the age of 16 and his father married the sister of the deceased, to continue the register of assimilation of the individual within the family.
His search for "concentric eccentricity", as he called it, only aims to push the singularity of his person ever further. He succeeds in this exercise with talent and not without humor.
At the end of his studies, on the advice of Joan Miró, Salvador Dali goes to Paris for the first time in 1927. He meets Pablo Picasso whom he admires as much as he perceives him as a rival. Dali finds his own style from 1929, when he becomes full surrealist and invents the paranoid-critical method. He stays in Paris again from 1930 to 1932 and frequents surrealist artists such as André Breton, Max Ernst, Yves Tanguy, René Magritte and meets his future wife, Gala, who lived in Montmartre, rue Becquerel with Paul Eluard.
When a journalist asks him the question, "Are you living in an era where you can still make a scandal?" He replies, "It is possible to strike in an effective way on the imagination of crowds with new means of cretinisation like television, radio, press."